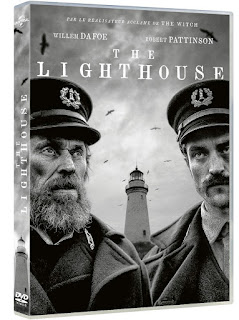 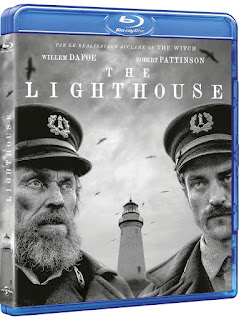 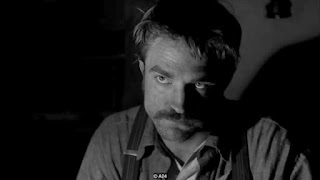 
The Lighthouse is a delirious, black-and-white horror drama about two 19th-Century lighthouse-keepers fending off seagulls, mermaids and their own rum-fuelled madness on a tiny island off the coast of New England. To put it another way, it is a typical Robert Pattinson film. Just over a decade ago, the British actor shot to superstardom by playing a sparkly-skinned, lantern-jawed vampire in the Twilight series. Before that, he set young hearts a-flutter as Hufflepuff hunk Cedric Diggory in Harry Potter and the Goblet of Fire.

But ever since then, Pattinson has rejected pin-up roles and mega-budget franchises in favour of the weirdest experimental indie movies possible. Whether he is having his prostate prodded in the back of a futuristic limousine in David Cronenberg’s Don DeLillo adaptation, Cosmopolis, or getting lost in space with a sex-obsessed mad scientist in Claire Denis’ High Life, or exploiting a teenage girl and his own disabled brother in the Safdie brothers’ sleazeball crime farce, Good Time, he gravitates towards, in his words, “things which are a bit perverse and a bit crazy”.

Pattinson, 33, doesn’t seem too psychopathic in person, when we meet on a December afternoon. Dressed all in black, from his shoes to his backwards baseball cap, the actor formerly known as R-Patz perches on the edge of a low sofa in a London hotel room, with that famous chin resting in his hand, and launches into elaborate anecdotes and theories with disarming openness, offbeat humour, and plenty of cheerful English public-school self-deprecation (see also: Olivia Colman, Hughs Grant and Laurie).

His bold post-Twilight choices, he insists, weren’t so bold, after all: attempting to trek to the top of the Hollywood A-list would have been “much more dangerous” than going down the independent road. “You can see quite a lot of examples of it not really working out for people,” he says, naming no names, “so I just thought it would be a silly idea to try to do a massive action movie or something.” He was also aware that his stratospheric celebrity status might plummet down to Earth at any moment. “I always think that whatever movie you’re doing, there’s a potential that it’s the last movie you’re ever going to get, and so I don’t want to end my career on a ‘transitional’ movie.” 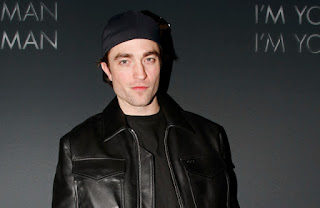 
PARIS — Robert Pattinson is no stranger to scents. Pre-beard, the actor would pretend to shave, apply shaving cream, use a razor, then cologne. But after that time, there was a long hiatus.

“To be honest, until I started working for Dior, I hadn’t worn perfume in years,” said the longstanding Dior Homme fragrance ambassador on Friday morning, sitting in a suite in Le Bristol Paris hotel.

It’s the day of the Dior men’s show, and he’s in town to front the new Dior Homme Eau de Toilette, conceived by the house’s perfumer-creator François Demachy.

“I really do like all the products from the line,” said Pattinson. “The new one, it smells delicious.”

The Blaze, comprised of cousins Guillaume Alric and Jonathan Alric, directed the film campaign for the latest fragrance.

“They’re great directors,” said Pattinson, referring also to Romain Gavras, who lensed the prior Dior Homme ad. “I wanted to work with them anyway, to do other things.”

Pattinson saw The Blaze’s treatment — elements of the screenplay — for the new campaign way before it was filmed, and it included dance.

“I don’t dance — at all. Ever,” admitted the actor, who recently was in movies such as “The Lighthouse,” “Waiting for the Barbarians” and “The King.” “The best parts of their music videos are always a kind of interesting, experimental dance sequence. I think subconsciously I really wanted to do that, but I just don’t have the capability.

“When I saw the treatment, I was terrified for months going into it, dreaded the day when it was going to happen,” Pattinson said.

Fast-forward to that day, when he ended up in an empty club in Brooklyn, N.Y., on a spotlighted dance floor. Pattinson danced there, while The Blaze guys danced in sympathy near the camera, so he didn’t feel too alone.

“We did four takes, and I was kind of getting used to it a little bit,” Pattinson said. But then he learned dancers were being called in.

“I was like: ‘What do you mean, dancers? There was no mention of other people in this,’” he said. It wasn’t two or three dancers, either. Two-hundred professionals were brought in to dance around Pattinson.

“It was one of the most unbelievably terrifying experiences I’ve ever had in my life,” he said. “I might as well have streaked down the middle of the Champs-Élysées.”

Pattinson thought his fear of dance had become a distant memory. 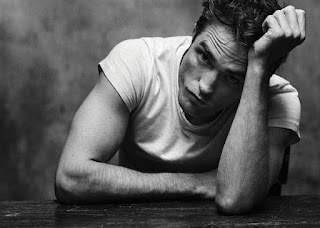 “There’s definitely a part of me that is sort of perverse,” Pattinson says in a call from London, a hint of thrill in his voice. Take, for one, the dominant smell on set. “Lots of rotting fish everywhere. Of all the sensory parts of that experience, the smell was probably the worst,” he recalls, more as qualification than complaint. “I like it when things are just kind of grimy the whole time.”

The actor’s newest role, then—playing the beau in a Dior Homme eau de toilette campaign, released today—is quite the foil. In the 45-second spot, directed by the French production duo The Blaze, Pattison plays it straight. As in, Fantasy Heterosexual Male. He wordlessly orchestrates under-table makeouts; he sweeps a protective arm on a sketchy walk home; he spoons shirtless on a white shag rug. Selling fragrance always is about selling sex (his previous campaign included). But the cologne’s press notes dare you to blush. “The new Dior Homme is crafted from a block of frank, sensual wood,” it reads. Well, then! It’s the olfactory equivalent of the carved ivory mermaid that serves as the lust object in The Lighthouse. Or maybe it’s the light itself: warm and enveloping, cloaking you even when you’re naked.

“In the last five or six years, I’ve almost exclusively played weirdos,” Pattinson says with a laugh. “It was almost a relief to be like, ‘At least I’ve got Dior coming out, so I don’t look like I’m just completely enveloped by the dark side yet.’ ” That embrace of off-kilter characters—in the hands of directors like Werner Herzog, Claire Denis, and the Safdie brothers—was a pendulum swing away from the Twilight saga. With this summer’s Tenet from Christopher Nolan and next year’s anticipated The Batman, the recent days of relative anonymity seem numbered. All the more reason to reflect on simple pleasures, coping mechanisms, and things that tickle the nose.

Vanity Fair: The mermaid in The Lighthouse makes me think Daryl Hannah’s character in Splash—when she unfurls in a bathtub filled with Morton’s salt. Are you partial to baths?

Robert Pattinson: I like the idea of getting in the bath, and then, as soon as I get in, there’s something incredibly claustrophobic [about it]. It's weird. I could never really understand how girls could just stay in the bath for hours and hours and hours. I always feel like I'm always on the cusp of a panic attack! I got a very nice bath when I was redecorating my house, and I don’t think I’ve been in it one time.

You grew a mustache for this movie. What reactions did you get with it, and was it difficult to settle into?

The two times I've done a movie where I have had quite significant facial hair—I do not understand men who choose to do this to themselves. The idea of having a mustache as your go-to look for your whole life [means] you've got to be out of your mind. It's like having a stone in your shoe every day. You’re constantly sneezing, constantly covered in food. When we were in Nova Scotia, having a mustache definitely [helped you] fit in a little bit more with fishermen; I think you'd get more abuse if you didn't have one. It definitely does encourage you to have a whole bunch of different facial expressions. I think I was just constantly trying to keep my hairs out of my nostrils. 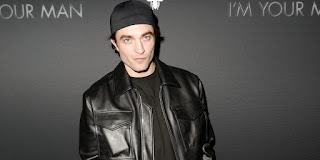 
On the morning of the fall 2020 Dior Homme show and dinner he would later host alongside the label’s menswear designer Kim Jones, Robert Pattinson is feeling a little sleepy. “I took two melatonin,” he says, from inside the walls of Le Bristol in Paris. “I just can’t wake up!”

In some ways, it’s not surprising. The actor is busy preparing for a big night, and an even bigger year. At the aforementioned party at Caviar Kaspia, Pattinson debuted a commercial for the brand's new Dior Homme Eau de Toilette fragrance (out this month) to an audience including Kate Moss, Bella Hadid, Diplo, Courtney Love, Cara Delevingne, Miss Fame and more. In the video, directed by The Blaze, (cousins Guillaume Alric and Jonathan Alric) the actor has a solo dance session in front of 200 people.

Dior Master Perfumer Francois Demachy, who was instrumental in making the eau de toilette, was also present for the unveiling of the commercial at dinner. "The Robert Pattinson video was finished and I used it quite a long time for inspiration before I finished the scent," Demachy said.

Beyond that, Pattinson is coming off of three films in 2019, including The Lighthouse—which just secured a Best Cinematography Oscar nomination. He's currently at work on two more for 2020, including Tenet and The Devil All the Time. He’ll star in the hotly anticipated Batman alongside Zoë Kravitz and Colin Farrell this year.

Here, Pattinson shares some of his favorite scent memories, the podcasts that give nightmares and more.

Can you remember the first fragrance you ever wore?

I was thinking about this earlier. I think it was Joe Bloggs. I think my dad had it. Do you know the kind you get at a gas station and it just says "cologne"? I think it was that, or maybe Old Spice. I used to pretend to shave when I was a kid before I needed to shave and I put it on all the cream and everything and then did the whole process.

What is your earliest memory of fragrance beyond that?

I used to put it on when I'd be on holiday with my sisters. They'd be teenagers getting ready and I'd put on some kind of after shave and then grease my hair back with Vaseline and put it into a little rattail ponytail at the back and put on cycling shorts and everyone had to call me Johnny.

What was the best part of working on the Leonard Cohen tribute video for the new Dior Homme commercial?

I would never choose to play a part similar to the parts in these ads in a movie. Because I don't think I'd be able to pull it off in a feature-length amount of time. But knowing that you can be a cool guy for, like, 45 seconds, it's quite satisfying. I guess dancing in front of, like, 200 people by yourself too—that's definitely not in my comfort zone whatsoever.