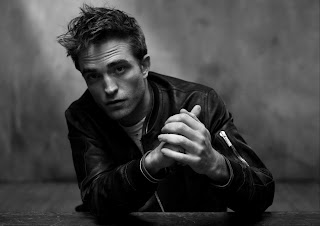 
On the new Dior Homme campaign: 'I’m Your Man'

What do you like most about this new Dior Homme campaign?
Robert Pattinson: It’s always a fantastic experience shooting these advertisements. I’d always loved the Blaze videos, and it was fascinating to see how they create such a vibrant and kinetic energy in their work.

To what extent does it differ from the previous Dior Homme communications?
Robert Pattinson: I think it may be a bit more emotional than the previous one. Still very cool but it feels slightly more mature.

The claim of the new campaign is “I’m your man”. What does it stand for? Does it mean anything personal/particular for you?
Robert Pattinson: I’ve always loved Leonard Cohen and the song is so beautiful, so I think that comes to mind first. Leonard Cohen is my man.

What image of masculinity would you like to put forward through this campaign?
Robert Pattinson: That you should be as free as you want to be.

How close do you feel to the man on camera?
Robert Pattinson: To some extent quite similar because I felt very comfortable with the people involved in making it. I always feel I have to leap a little way out of myself to do any kind of performance though.

How was it to shoot with Guillaume and Jonathan Alric, also known as The Blaze? Could you tell us more about the creative relationship that you shared?
Robert Pattinson: They’re awesome. I met them at Cannes in 2017. Always thought their videos showed exciting potential. I think they could make a great feature film one day. They’re incredibly fun to work with. Having them demonstrating dance moves in the club scene was one of the funniest things I’ve ever seen directors do. We talked about the concept a few times in London before we shot but really it was so organized by the time I arrived in New York I felt comfortable just jumping right in.

If you had to share one memorable moment/anecdote from the shoot, what would it be?
Robert Pattinson: Probably dancing on my own in front of 200 dancers. Definitely the first and probably last time that will ever happen. [laughs]

How did you prepare yourself physically and mentally before shooting the film? Any particular diet?
Robert Pattinson: Basically, having a couple of shots of tequila before the dancing!

Did you look at some movies to prepare (Scorsese, Ferrara, De Palma…), iconic masculinity figures such as Brando, or other cultural references for inspiration?
Robert Pattinson: The Fat Boy Slim video with Christopher Walken. 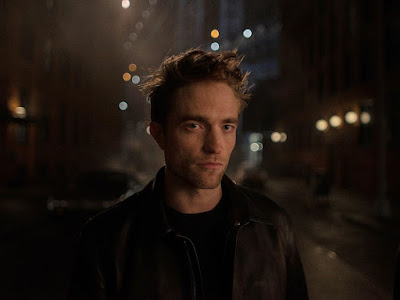