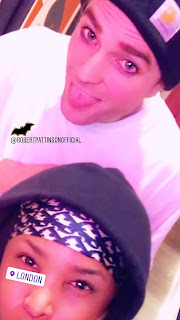 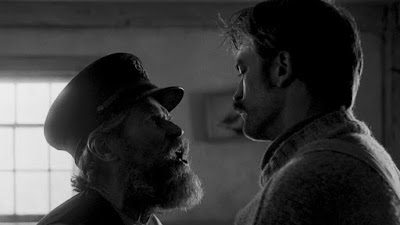 
Robert Pattinson made his name in teen-friendly franchises Harry Potter and Twilight, but his latest Oscar-nominated film - The Lighthouse - is more X-rated.

He tells Sky News: "There was a moment there was a shot where the Lighthouse was literally a phallus. When I saw it I didn't even realise what it was. They cut it out."

He jokes that the member in question possibly belonged to the film's director, Robert Eggers.

The film is about two Victorian lighthouse keepers - Thomas Wake (played by Willem Dafoe) and Ephraim Winslow (played by Pattinson) - who find themselves thrust together on a rocky outcrop off North America in 1890.

Eggers was inspired to make the movie after reading about a real-life tragedy in 1801, where two Welsh lighthouse keepers were left stranded during a storm, resulting in one dying and one going crazy.

While The Lighthouse doesn't retell their tale, Eggers used it as a jumping off point for the film.

Describing it as a study in identity, Eggers joked: "Nothing good can happen when two men are left alone in a giant phallus."

Like his co-star, Pattinson says Eggers was a man he was keen to work with.

"I thought it was very original. I'd been reading a lot of scripts at the time and it just really stood out. I wanted to work with Robert anyway, I really liked him and I love The Witch.

"There was just something so fascinating about it - it was really ambitious, it felt well researched, it just felt like a world when you read it.

"And when you get these characters doing such extreme behaviour, then I just knew it would be really fun to play."