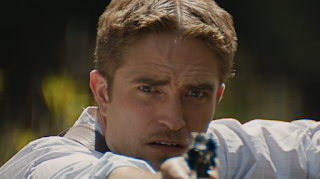 Pattinson’s love for working with visionary filmmakers has been obvious over the last several years. The actor’s post-“Twilight” career has found him collaborating with the likes of David Cronenberg, Werner Herzog, James Gray, and the Safdie brothers, among others. Pattinson’s choices have made him one of the more exciting actors in the business, and his decision to say “yes” to a shockingly limited role in “Damsel” just for the chance to work with the Zellner brothers might just push him to the top of that list.

“It’s the boldest decision you can make in writing something,” Pattinson told IndieWire about Samuel’s death, praising the Zellner brothers for the choice. “It’s such a gamble. I never considered how much an audience invest in a character’s journey. You lead an audience in this direction for a while and then it just ends. It’s interesting to see an audience come to terms a bit as they realize that this isn’t a trick, that it’s part of the story.”

Pattinson went on to say that he loves any story that surprises the audience, which made accepting the role of Samuel in “Damsel” a no-brainer. His “Damsel” death has set the bar high on his list of most unexpected movie moments, but anyone who has been following his career knows he’s more then capable of topping himself. Next up for the actor are roles in Claire Denis’ “High Life,” Robert Eggers’ “The Light House,” and David Michôd’s “The King.”